Space, Cyberspace, and the Spaceless 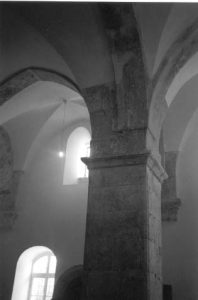 The recognition is beginning to dawn that we are on the threshold (there’s that word again) of a major change in human life. It’s even being talked about on the evening news. Thirty years ago we might have thought that this change would come about through a revolution in consciousness. People would begin to wake up! To some extent we have woken up. At the beginning of this millenium we — and I mean the population of this whole world — are more conscious of and sensitive to issues of gender, race, human rights, and ecology. At the same time, we seem to have created a frantic pace of life for ourselves and sometimes it seems that the developed world has slipped into the trance of materialism. The purpose of life is to have fun, right?

Something is going on and it may be hard to put our finger on it. For one thing, more and more people spend more time in cyberspace: Communications, buying, entertainment, and even education is happening in a realm that was practically unknown only twenty years ago! There’s a metaphor to grasp here. We have learned that everything of the sensory world can be replicated in digital code and reconstituted in sound and images. We have not so far replicated actual material, but we can certainly encode sounds and images and all kinds of transactions. We have created an intermediate world, a barzakh, between the sensory world and the mind world. To some extent we are even compelled to deal with this world, whether we want to or not, because our livelihood and human interactions are becoming increasingly dependent on it.

At the same time, we are people who have connected with a very old tradition. Almost all of its manners, forms, behaviors, are from another time. How quaint does the life of a Mevlevi tekkye appear when compared to the everyday life of an American teenager! Even more important, what is the state of mind attained in the tekkye, and how does that fit into modern life? One thing we had better recognize: The changes we have seen in the last ten or twenty years are only the beginning of an accelerating process of technological change.

It is technology, more than spiritual practice, which is forcing change in peoples lives. Our capacities for communication, entertainment, and creation itself are exploding. The development of computers that led to the internet is paralleled by revolutions in bioengineering and nanotechnology. Human knowledge is doubling every five years!

We have an immense responsibility to awaken to another kind of space: the spacelessness that Mevlana talks about, which is the true dimension of richness, the spiritual treasury, the ultimate source of value. If we are not connected to that, we will be creating a wasteland even with all our technological capacities.

Popular culture is the major alternative religion on the planet, with its own pantheon of idols. Very recently VH1, the music video channel, polled music professionals about the best rock and roll songs of all time. What do you think was the number one song, the supreme achievement of pop culture over the last half century? It was: The Rolling Stones, “I Can’t Get No Satisfaction”. Now, anyone who knows this song knows that the three note riff on which it is based is not exactly a great musical achievement, so it must be the content that is so meaningful: “And I try, and I try, and I try. . . I can’t get no. . . satisfaction.” This is pop culture’s ultimate confession of frustration. Pursuing individual pleasure is not a reliable means to satisfaction or happiness.

It is time that we faced up to the essential value of the work that Muhammad revealed, the path walked by Mevlana, Shamsi Tabriz, and other great Friends of God. One of my favorite verses from the Quran is the following: Indeed in the remembrance of God (zhikr Allah), hearts find satisfaction (rest, tranquility).

If the human being cannot find satisfaction within the material world alone, how much less will it be found in the simulations of cyberspace? What if there were another direction, another space where the soul’s yearning could be satisfied, its thirst quenched?

Imagine that you could extend your existence to be living within two worlds at once: this material space-time continuum and a world of spacelessness, a dimension of resonating, living, energetic purity.

Imagine that you could be familiar with and at home in this freshening purity no matter what outer circumstances presented themselves.

Our situation is that we have egos that can unpack sudden desires, urges, jealousies, fears. Unless we can summon the reality of the Divine Presence, the Real, the Holy, the Most Beautiful, the Infinitely Compassionate, we risk being enslaved by these impulses.

We are working to sustain awareness of this Reality. The human being is essentially a creature of worship. We are created to know this Reality and be in intimate relationship with It. Nothing less will satisfy our hearts. We cannot always depend on the perfect circumstances to realize the Divine Presence. We must be able to be in worship while stuck in traffic, or walking through a mall, or presenting a case in a court of law, or even while watching television — if we know how, if we have appropriate knowledge, if we are practiced. This is the straightforward path of continual remembrance of God that Sufism represents — a way which can only become more valuable and more essential in these times of accelerated change.

Essays and Talks on Sufism

From the Knowing Heart

Other Writings on Sufism